Thankfully, no bets were placed 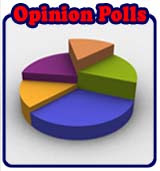 Well thankfully, no bets were placed :-(

I know nobody was paying any attention to the polls (??) but I can't help but notice that the BBC has a report up on its site today - here - that quotes Peter Kellner (the Chairman of YouGov) saying "we have a three-point Conservative lead, they are at 41%. That's the highest figure the Conservatives have been at for 15 years, since before Black Wednesday in 1992. It's been a massive turnaround. We had the Conservatives at just 32% just 10 days ago - a nine-point jump."

A nine-point jump in 10 days? I really find it hard to believe - I'm not denying there's been movement (there always is during conference season) but this does all seem pretty unusual ... to say the least.

Many have speculated that the only conclusion is voters are clearly less tribal and less 'bound' to any one particular political view ... well, current fluctuations (over the last 12-months now) do appear to be giving that theory some very serious credibility.